The Gayle Shaw Memorial Fun Day took place on Sunday, October 27, 2019 at West Edmonton Mall.  It was another huge success at $12,006.15 was raised for the Alberta Cancer Foundation.  After several mini-games played by all ages from U10 and up, including players from the Edmonton WAM! of the National Ringette League, the day ended with a close intersquad U16AA/U19AA game.  Thanks to everyone who organized the event and who raised funds!

The 2018 Gayle Shaw Memorial Fun Day was a great success again.  It was a fun day of ringette and we showcased our great sport ending with an inter-squad game with the U16AA’s and U19AA’s.  The game ended in an 11-11 tie. More importantly, $8104 was raised for the Alberta Cancer Foundation. Thank you all for your support of this great cause. 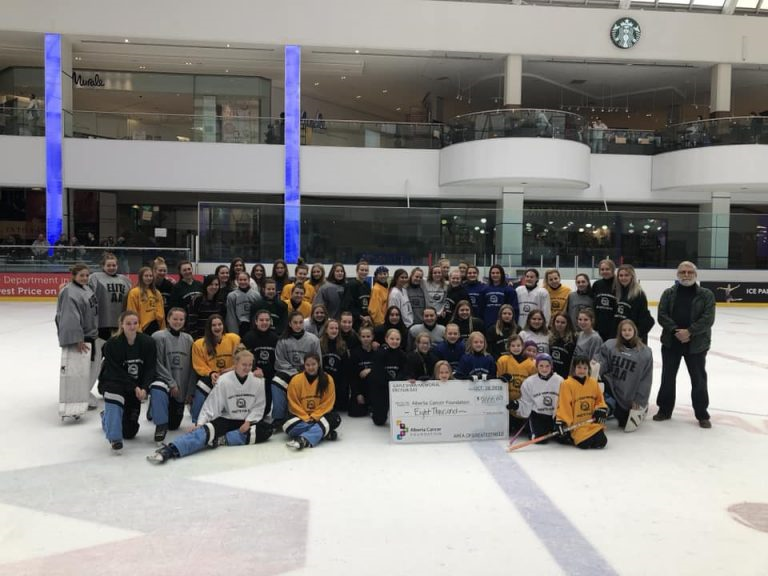 Our six teams of ringette players raised over $13,300 for the Alberta Cancer Foundation.

Gayle Shaw was not only a great supporter of Ringette but of the fun that Ringette brought so many.  Gayle was taken from us while fighting cancer, so we find it only fitting that we raise funds for cancer research - and to show our support for victims of cancer while playing the game that Gayle loved so much. 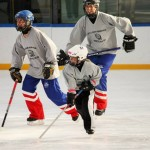 Here is the image that sums up the day. 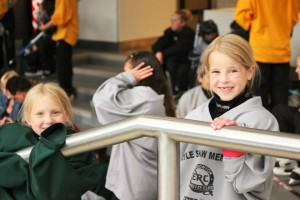 Liat Goldberg Perrott (L) and Hannah Giles (R) played the final game as the two junior players with the most donations pledged.

the Ice Palace for this event

Manage your identity from the palm of your hand to the top of your desk.